The draft of this post is being brought to you by my current in-flight indecision on whether I want to watch “Arrival” or “Lion”. This flight from Vancouver to Montréal is around five hours long, so I could probably watch both, now that I think about it.

We’re down to the short flights. YVR to YUL. YUL to home. The worst of it is done: The 9 hour flight from Sydney, Australia to Guangzhou, China. The 9 hour layover in the Guangzhou airport. And the 12 hour flight from China to Vancouver. The 24 hour stopover in Vancouver was just enough time to eat a delicious meal and get a much-desired sleep in a comfy bed. (And by comfy bed I basically mean it wasn’t an airplane seat or an airport floor, haha).

Speaking of our stopover in Vancouver, you’ve probably figured out that these outfits were not worn in Canada, haha. Remember our Thrifted Thursday post from February 2nd? When we were wearing all our warm layers at once? Well, guess what we’re currently wearing. You guessed it–the same thing we wore four days in a row two weeks ago, haha. And because repeating exact outfits is not exactly our goal for these posts, we’re sharing a couple secondhand rompers we found while in Australia.

Jess found this romper at a thrift shop in Hobart. And we found plenty great photo ops around Bondi Junction to compliment it. 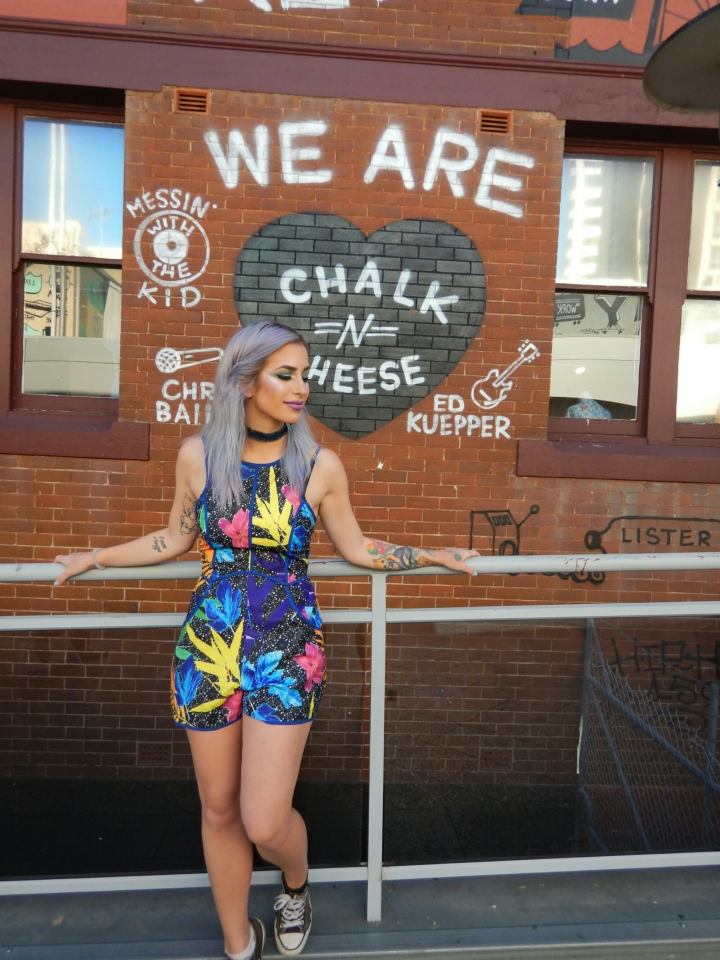 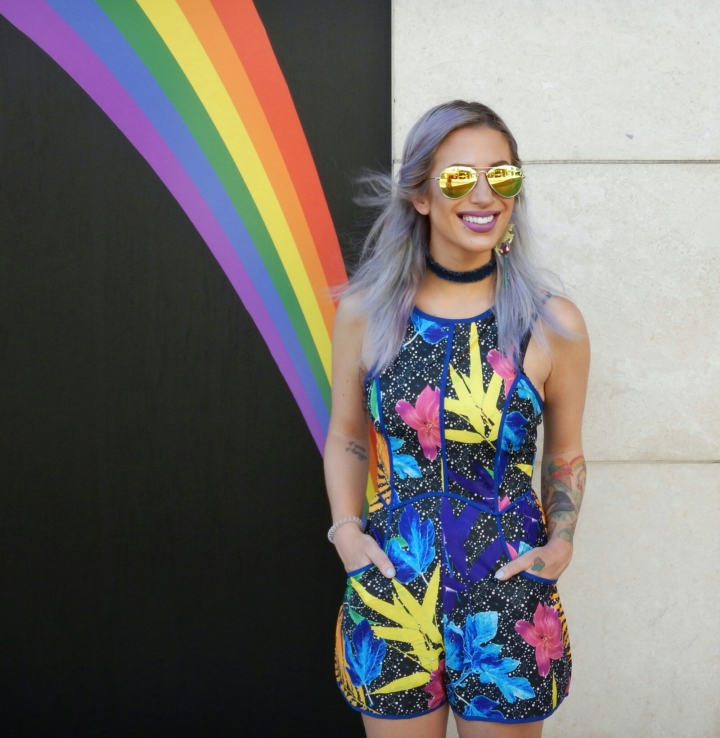 Jana’s romper came from a Vinnies location in Hobart. It was nice and beachy–went pretty good with the bathing huts on Brighton Beach!