Venice is like another world. It starts when you take a water bus from the airport. And then there are boats everywhere. Boats for absolutely everything and anything. Ambulance boats. Police boats. Firetruck boats. Mail boats. Subway boats. Taxi boats. We even saw a hearse boat. Boats, boats, and more boats. It’s incredible.

We didn’t stay directly in Venice. Instead we stayed on the island of Lido–super close to Venice, but Lido has beaches. It was pretty nice watching kids build sandcastles when just a couple days ago we were wishing we had brought warmer clothes for Germany. From the Lido dock to our B&B, we must have walked past at least eight gelateria. Definitely no shortage of gelato in Venice. Gelato and pizza–can’t go wrong there.

We spent our time in Venice walking around with absolutely no agenda at all.  It’s probably the best way to do it. So many streets and alleys and canals and bridges. We got lost a bunch of times…but that’s sort of the point. Eventually you’ll end up somewhere familiar. Either that or at a set of stairs that go straight into a canal. Don’t take those. (Also, those are super slippery. Just ask the two women we witnessed sliding INTO the water. They weren’t injured…but it was pretty entertaining with all the commotion going on.)

We also took the vaporetto line 1 that goes straight through the main canal. If you grab a seat outside like us, you’ll have an INCREDIBLE view. We did this a couple times–once during the day and again at night. It’s sort of impossible to not feel completely relaxed.

And well, we’re in Italy, so pasta is a must, right? We chose a delicious yet impossible to find pasta place called Alfredo’s Fresh Pasta To Go. They’re not kidding when they say the pasta is fresh. Because they’re making the pasta itself (what we would call the noodles), right in front of you. So your pasta isn’t cooked until you place your order. Plus, it was super affordable! We’re putting it right up there with the doner from Germany. It was THAT good.

And after having a mini panic attack getting to the train station in Venice, (the water transit service went on some sort of strike this morning. Like you would.), we are now on the train to Roma! 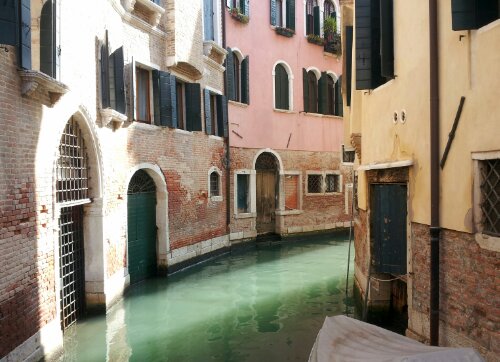 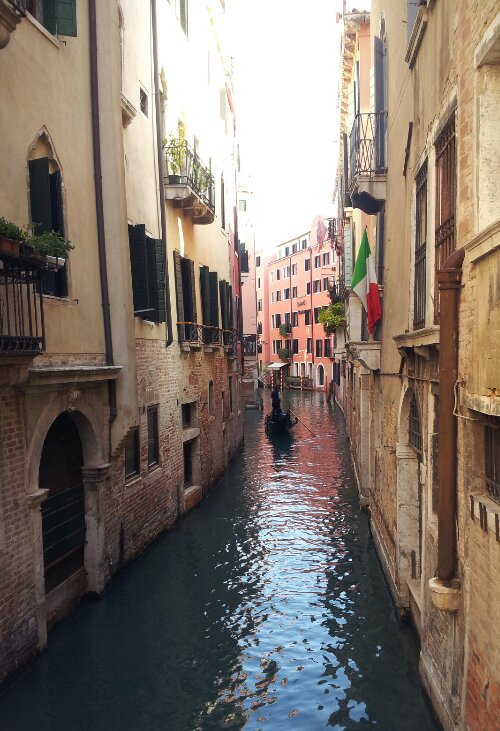