I’m not one for making Resolutions on January 1st.  Have I made them in the past? Yes. Have I kept them? Hell no. Until 2015. Last year I finally did it–I finally kept a New Year’s goal for the entire 365 days.

Last year, I made the decision to only buy clothing from secondhand shops. There were a few exceptions: undergarments, activewear, footwear, and Christmas gifts from others. Everything else, though, I would buy previously used. I had a bunch of reasons, “up for the challenge” being one of them. Seriously, though, I get sick of things wayyy too quickly–clothing included. There have been mornings I’ve said, “I have nothing to wear”, while standing directly in front of a closet bursting at the seams. That $49.99 dress I NEEDED to have? All of a sudden it “didn’t fit me right”, (basically me coming up with an excuse not to wear said dress). Buying secondhand was a way for me to feel a little better about my clothing choices, I guess. It’s straight-up my favourite form of recycling. It’s also way nicer on my wallet. And then there’s the feel-good charity part, since the sales at many thrift shops support other organizations (The Salvation Army being a stellar example).

It helped lots that I love thrift shopping anyways. I’ve been known to spend afternoons locally, for example, going up and down Kenmount Road to browse Previously Loved, Value Village, and Sally Ann. (Always in that order, too, because have you ever tried making a LEFT TURN coming out of Value Village on Kenmount Road?! Exactly). Patience is key, haha, there’s a LOT of stuff going on in these places. On days I had plenty time, I seriously browsed every aisle. When I was in a rush, I usually stuck to Skirts, Sweaters, and Men’s Plaids–stuff I wouldn’t have to try on.

Here are some of my favourite local thrifted finds from last year:

This flowy floral thing that I wore EVERY. SINGLE. DAY. in New Zealand back in January. (No really, ask Jess. It probably looks like all my photos from the trip were taken on the same day since I’m wearing this thing in all of them, haha). 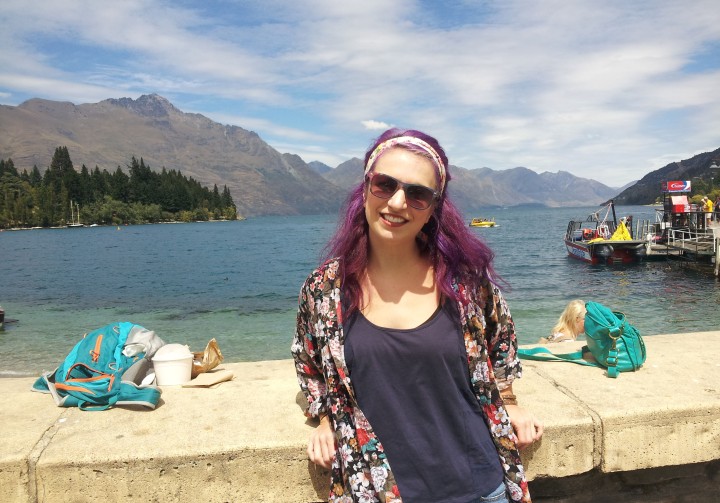 This red & black plaid shirtdress that I wear when I’m not wearing the above flowy floral thing. This photo is making me laugh out loud because I’m wearing this plaid thing right now, haha. 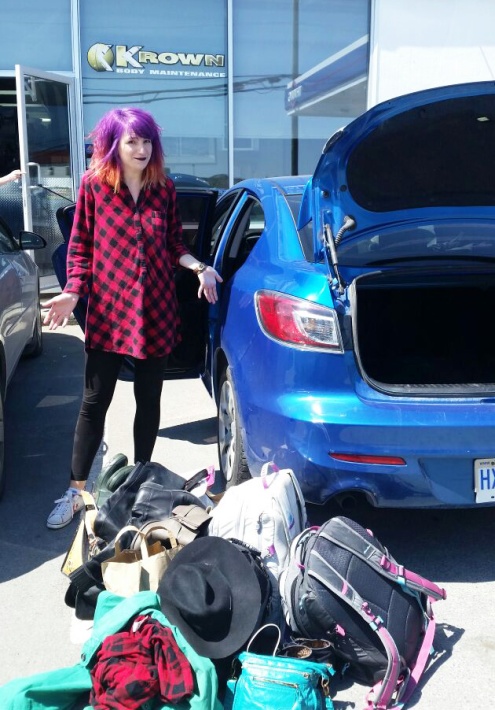 Remember when I mentioned the Men’s Plaid section? They make perfect layers!

I’m clearly a sucker for layers. I can’t remember if I found these next two in the Ladies or Mens section. Either way, they’re long, and they’re comfy. 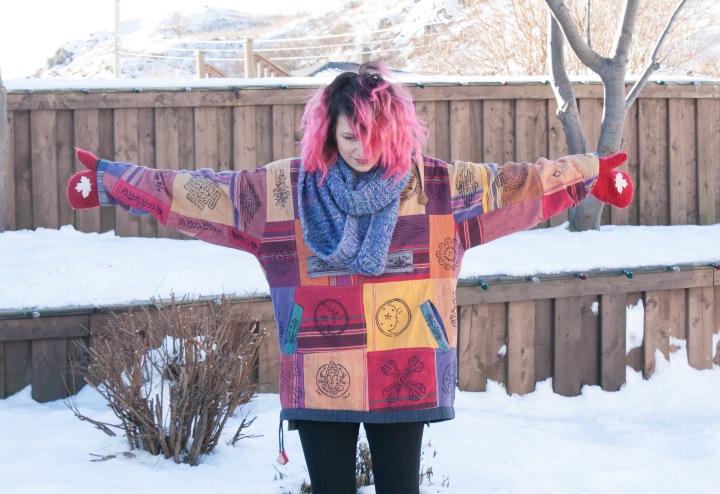 And, one of my favourites from 2015, this thrifted Calvin Klein green silk top, which I kept in my closet for Christmas Eve.  (Because a) it’s pretty and b) it’s green). 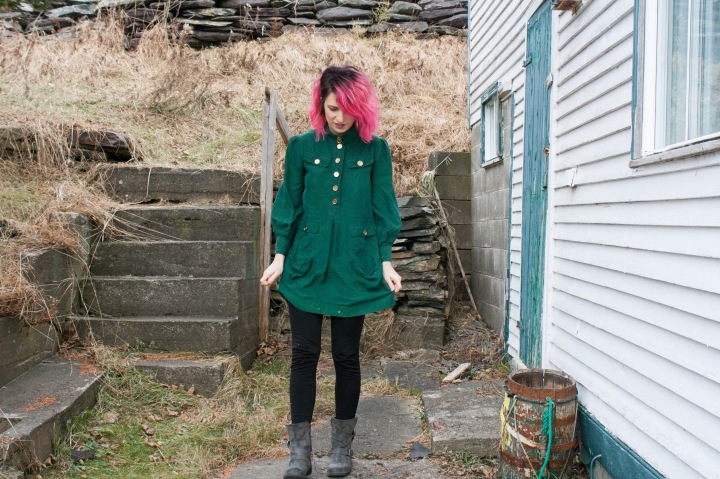 I’m still debating carrying this Resolution into 2016. It feels good to finally keep one.