We’ve been majorly slacking on the blog posts. We’d like to give a shout-out to the non-existant wi-fi in our hostel’s dungeon. The hostel was sort of like a castle, and we were in the basement. Which is obviously where the dungeon would be. And obviously, people in the dungeon don’t get internet access. That would just go against everything we’ve ever known about dungeons.

Edinburgh is lovely. It’s also peculiar. And spooky. And enchanting. Especially if you’re a writer! I mean, how can you go wrong in a city that inspired the creators of both Sherlock Holmes AND Harry Potter?! Right?

Due to my 30th birthday, we finally had a night out, haha. And since you can use your pub crawl wristband for free after paying the first time–this actually equated to three nights out. It also equated to late-night falafels three nights in a row…and eating large pieces of cake. Hey, you only turn 30 once. (Although, if there’s any place at all to reincarnate yourself a bunch of times…it’d be Edinburgh).

If you want to see castles, come to Scotland. They’re just all over the place. Also all over the place in Edinburgh? Jess and hundreds of young girls trying to catch a glimpse of One Direction. (They were in Edinburgh while we were). No luck, though. Even after spitting in that lucky heart on the Royal Mile. 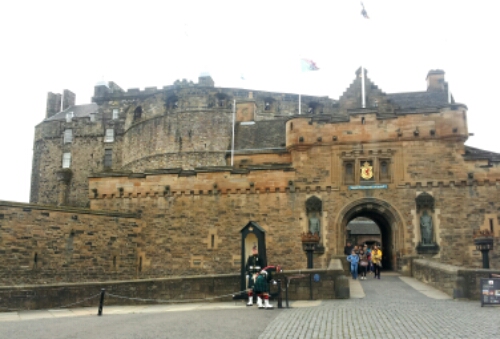 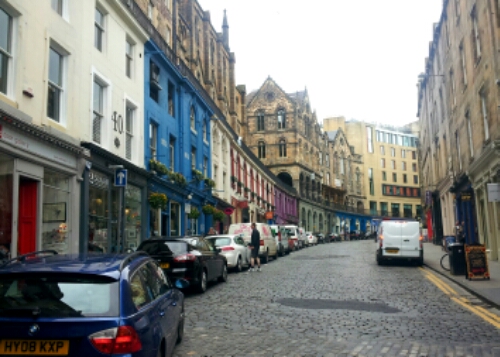