Jess and I leave for Europe in exactly one week.  We’re spending three weeks there–making our way from London down to Greece.  Only thing is, all we’re taking is a single backpack each.  Twenty-two pounds each.  Jess’ make-up collection weighs that on its own.

This makes for some interesting quotes as she tries to figure out what will make the Europe cut and what won’t. For example:

“Well, I need to take these two blushes because they’re diverse”.

“I’ll throw in this green eyeshadow for when we go to Ireland”.

“I have to take both of these moisturizers–the Oil Control for the warmer places, and the Moisture Infusion for the countries that are more dry.”

“I’m taking my foundation, but if I get paler while I’m away I’m gonna need a lighter foundation”.

She just explained the reasoning behind taking FIVE powders. Yes, five. “Although I might have six powders after I try this new one”.

The thing is, I can’t say much.  My camera will take up just as much space as her make-up. 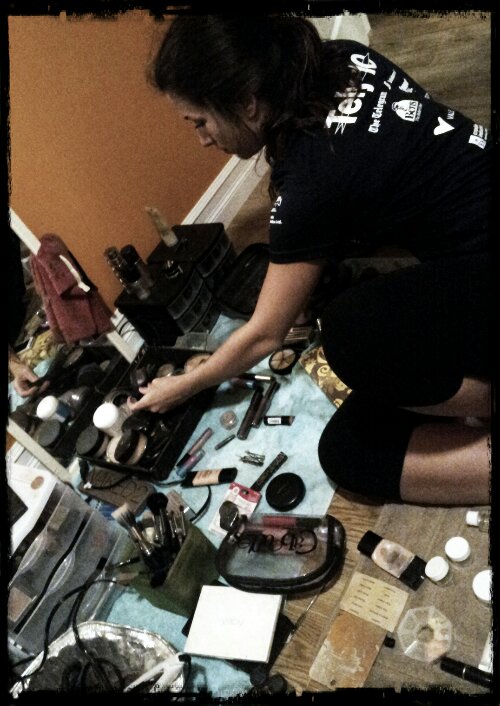 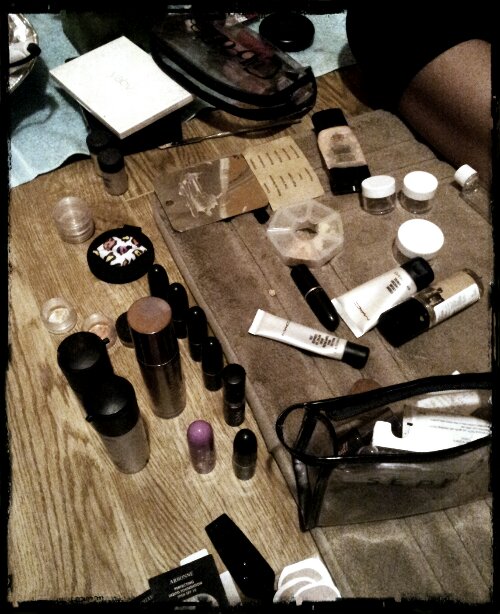